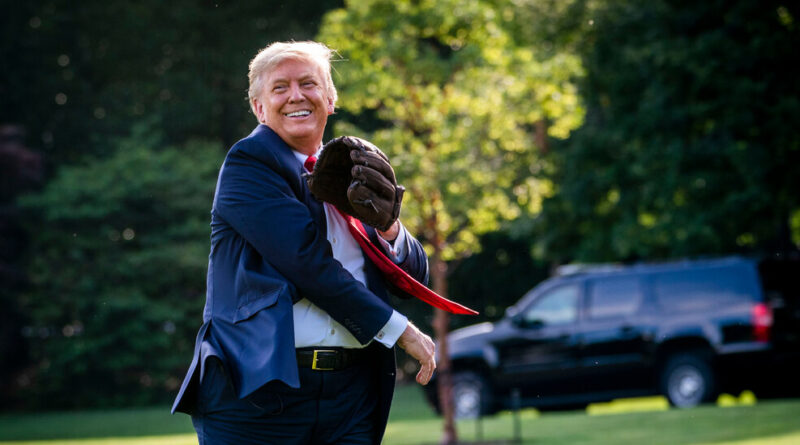 WASHINGTON — An hour before Dr. Anthony S. Fauci threw the first pitch at the season opener between the New York Yankees and the Washington Nationals, President Trump stood on the briefing room stage at the White House and declared that he, too, had been invited to throw out his own opening pitch.

“Randy Levine is a great friend of mine from the Yankees,” Mr. Trump, referring to the president of the baseball team, told reporters on Thursday as Dr. Fauci was preparing to take the mound. “And he asked me to throw out the first pitch, and I think I’m doing that on Aug. 15 at Yankee Stadium.”

There was one problem: Mr. Trump had not actually been invited on that day by the Yankees, according to one person with knowledge of Mr. Trump’s schedule. His announcement surprised both Yankees officials and the White House staff.

But Mr. Trump had been so annoyed by Dr. Fauci’s turn in the limelight, an official familiar with his reaction said, that he had directed his aides to call Yankees officials and make good on a longtime standing offer from Mr. Levine to throw out an opening pitch. No date was ever finalized.

After the president’s announcement, White House aides scrambled to let the team know that he was actually booked on Aug. 15, although they have not said what he plans to do. Over the weekend, Mr. Trump officially canceled.

“Because of my strong focus on the China Virus, including scheduled meetings on Vaccines, our economy and much else, I won’t be able to be in New York to throw out the opening pitch for the @Yankees on August 15,” Mr. Trump wrote on Twitter on Sunday, using a racist name for the coronavirus. “We will make it later in the season!”

And so continues the tense relationship between Mr. Trump, a president who hates sharing media attention, and Dr. Fauci, a renowned infectious disease expert who doesn’t mind the spotlight. He appeared this month in a spread in InStyle magazine, lounging (fully clothed) poolside.

To be sure, there are bigger problems on either man’s plate: Mr. Trump is struggling to explain his administration’s missteps on a pandemic that has killed more than 140,000 Americans. Dr. Fauci is trying to assert himself as a public health-minded voice of an administration that seems to have little interest in science and sometimes even less interest in him.

Both men are baseball fans. Mr. Trump grew up playing the sport, and Dr. Fauci, with his Washington Nationals-themed coronavirus mask, has nearly reached alternate mascot status. Both are ostensibly too busy to be bogged down with baseball rivalries, but this is not the first time Mr. Trump has made such a request to fend off a potential upstaging.

In April, the day before Vice President Mike Pence was to speak at the Air Force commencement ceremony in Colorado, Mr. Trump suddenly announced that he would be speaking at West Point. That was news to officials at West Point.

Last week, Dr. Fauci was determined to come to the Nationals mound prepared. Growing up in Brooklyn, he played shortstop on a local Catholic youth team. Days before the pitch on Thursday, he went to Horace Mann, an elementary school in northwest Washington, to rehearse on the lawn.

“I pitched and pitched,” he said in an interview on Monday. “I threw my arm out. I hadn’t thrown a baseball literally in decades. After I practiced, my arm was hanging around my feet.”

But he said he made a fatal error. Without a baseball field at the school to practice on, he had to measure 60 feet — the distance from a major-league mound to home plate — himself, and accidentally came up about 20 feet short.

Once Dr. Fauci arrived on the mound at Nationals Park, he realized the vast expanse, and his visit went south. He cocked his arm back only slightly, crooked, and flung the ball diagonally into the grass, far from Sean Doolittle, the Nationals player assigned to catch the pitch.

“He looked to me like he was like 500 feet away. That made me throw it much harder than I had been practicing,” Dr. Fauci said. “I completely miscalculated the distance from the mound.”

Dr. Fauci said his invitation from the Nationals came weeks ago as a thank you from Ted Lerner’s family, which owns the team, after he advised them and club officials on the correct protocols for coronavirus testing and staying safe while playing.

Dr. Fauci’s broadcast appearances are generally controlled by the White House, but the appearance at Nationals Park did not have to go through the usual clearance process at the National Institutes of Health, which takes in his other news media and event requests.

Asked whether he had advice if Mr. Trump were able to confirm a date with the Yankees, Dr. Fauci said the president should be sure to “throw high” and with “a big loft.”

“The worst thing to do is bounce it like I did,” he said.

Off the baseball field, Dr. Fauci’s star turn has not gone over as well in the White House.

In past weeks, he has questioned senior administration officials about the effort to curb his television appearances and criticized other officials who have made disparaging remarks about him.

“I think they realize now that that was not a prudent thing to do, because it’s only reflecting negatively on them,” Dr. Fauci said this month of White House aides, including Peter Navarro, Mr. Trump’s trade adviser, who wrote an op-ed questioning Dr. Fauci’s credibility.

As the prominence of the coronavirus task force faded in recent weeks, Dr. Fauci was left out of a new group of White House officials that meets on the virus, led by Jared Kushner, the president’s son-in-law and senior adviser, and Dr. Deborah L. Birx, the coronavirus response coordinator. 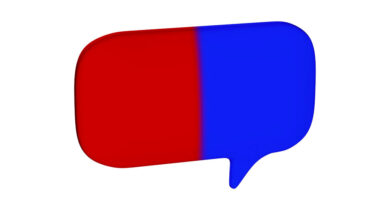 On Politics: Help for Small Businesses 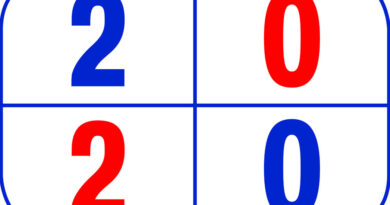 On Politics: Another Split-Screen Endorsement 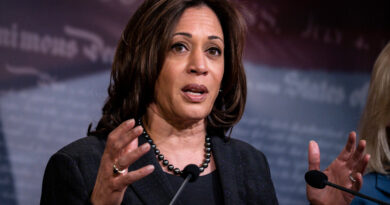