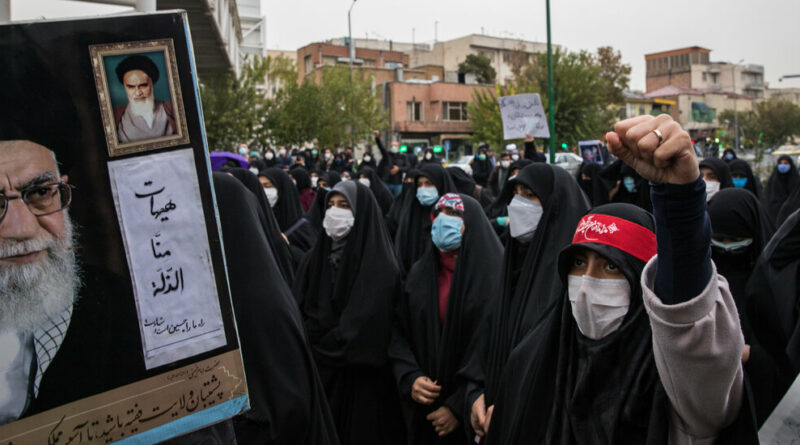 The raid alone was brazen enough. A team of Israeli commandos with high-powered torches blasted their way into a vault of a heavily guarded warehouse deep in Iran and made off before dawn with 5,000 pages of top secret papers on the country’s nuclear program.

Then in a television broadcast a few weeks later, in April 2018, Prime Minister Benjamin Netanyahu of Israel cited the contents of the pilfered documents to hint coyly at equally bold operations still to come. “Remember that name,” he said, singling out the scientist Mohsen Fakhrizadeh as the captain of Iran’s covert attempts to assemble a nuclear weapon.

Now Mr. Fakhrizadeh has become the latest casualty in a campaign of audacious covert attacks seemingly designed to torment Iranian leaders with reminders of their weakness. The operations are confronting Tehran with an agonizing choice between embracing the demands of hard-liners for swift retaliation or attempting to make a fresh start with the less implacably hostile administration of President-elect Joseph R. Biden Jr.

Trailed by a carload of bodyguards, Mr. Fakhrizadeh was driving a carefully circuitous route to the home of his in-laws in the city of Absard, Iran, according to witnesses and the Iranian news media.

An empty Nissan parked at a roundabout exploded, knocking down a power line. Gunmen leapt from a parked Hyundai Santa Fe, others arrived on motorcycles and waiting snipers filled out a hit team of 12 assassins, according to a detailed account posted online by Javad Mogouyi, a documentary filmmaker for Iran’s Islamic Revolutionary Guards Corps.

Mr. Fakhrizadeh, hit with at least three bullets, tumbled from his car and fell bleeding on the ground. The nearest medical clinic had lost electrical power. Roadside cameras were disabled. All 12 assassins escaped unharmed, and Mr. Fakhrizadeh was pronounced dead by the time a rescue helicopter was able to transport him to a Tehran hospital.

It was the latest in a decade-long pattern of mysterious poisonings, car bombings, shootings, thefts and sabotage that have afflicted the Islamic Republic. Most have hit largely anonymous scientists or secretive facilities believed to be linked to its nuclear program, and almost all have been attributed by both American and Iranian officials to Tehran’s great nemesis, Israel. Its officials — without formally acknowledging responsibility — have all but openly gloated over the repeated success of their spies.

Never, however, has the Islamic Republic endured a spate of covert attacks quite like in 2020. In January, an American drone strike killed the revered general Qassim Suleimani as he was in a car leaving the Baghdad airport (an attack facilitated by Israel’s intelligence, officials say). And Iran was humiliated in August by an Israeli hit team’s fatal shooting of a senior Al Qaeda leader on the streets of Tehran (this time at the behest of the United States, its officials have said).

Seldom has any country demonstrated a similar ability to strike with apparent impunity inside the territory of its fiercest enemy, said Bruce Riedel, a researcher at the Brookings Institution and a former official of the Central Intelligence Agency with experience in Israel.

“It’s unprecedented,” he said. “And it shows no sign of being effectively countered by the Iranians.”

With the killing Friday of its top nuclear scientist as well, Iranians are now grappling with a new sense of vulnerability and demands to purge suspected collaborators. Most of all, they are debating how to respond at a delicate moment.

Iran has endured years of devastating economic sanctions under a campaign of “maximum pressure” from President Trump, and many Iranian leaders are desperately hoping for some measure of relief. President-elect Biden has pledged to seek to revive a lapsed agreement that lifted sanctions in exchange for a halt to nuclear research that might produce a weapon.

To pragmatic Iranians, that possibility makes Mr. Trump’s last months in office no time to lash back and risk renewed hostilities.

But Iranians also know that their enemies in the United States and Israel may take advantage of this period to attack Tehran further. It is a chance to squeeze its leaders between domestic demands for revenge and a pragmatic desire for better relations.

“From today until Trump leaves the White House is the most dangerous period for Iran,” Mohammad-Hossein Khoshvaght, a former official at the Ministry of Culture and Guidance, wrote in a message on Twitter.

Retaliation against Israel or Mr. Netanyahu’s main ally, the United States, would play into the hands of Iran’s enemies in the region, Mr. Khoshvaght argued. They are seeking “to create a difficult situation,” so the new administration cannot revive that nuclear agreement, he added.

Iranian hard-liners argued that the killing of Mr. Fakhrizadeh proved that holding out for a new start with Mr. Biden was only emboldening the country’s foes.

“If you don’t respond to this level of terrorism, they may repeat it because now they know Iran won’t react,” the conservative political analyst Foad Izadi said in an interview from Tehran.

“There is obviously a problem when you see these types of things repeating.”

Underscoring Mr. Fakhrizadeh’s stature, the Iranian authorities announced plans on Saturday to give him the burial of a national hero at one of the country’s holiest shrines.

Videos circulated of a senior cleric who heads the judiciary praying with the scientist’s family over his body shrouded in an Iranian flag and his face uncovered — an extraordinary and unexplained departure from the Islamic tradition of wrapping the dead in a white cloth from head to toe.

Israel for decades has embraced a strategy of targeted assassinations in trying to slow down potential progress toward the development of a nuclear weapon among its hostile neighbors. Israeli intelligence agencies have been linked to the killings of scientists working for Egypt in the 1960s and for Iraq in the 1970s for the same reason, historians say.

Iran first accused Israel of killing one of its scientists when he dropped dead in his laboratory after a poisoning in 2007, and a series of more violent attacks on Iranian scientists between 2010 and 2012 have been widely attributed to Israel, too.

In one, a bomb in a parked motorcycle blew up a particle physicist as he was lowering a garage door at his home in Tehran. In three others, motorcyclists speeding past the moving cars of other scientists slapped magnetic bombs to their car doors, killing two and wounding a third. And in a fifth attack, gunmen on motorcycles sprayed a scientist with bullets while his car was stopped at a traffic light with his wife sitting beside him.

Israel has developed a singularly successful track record in part by concentrating the considerable resources of its spy agencies mainly on Iran, its greatest nemesis, said Mr. Riedel of the Brookings Institution.

Israel, he said, has also carefully cultivated ties within countries neighboring Iran as “platforms” for surveillance and recruitment — most notably in Baku, Azerbaijan. Its recent conflict with Armenia has called attention to drones and other weaponry that Israel has furnished to Azerbaijan as part of that relationship.

Israel recruits native Farsi speakers from among Iranian immigrants to make contacts or analyze intercepted communications, he added, and Israel has managed to enlist a steady stream of Iranian collaborators.

Now, Mr. Riedel argued, the attack on Mr. Fakhrizadeh may be an indication that Israel plans other killings. After an eight-year “hiatus” since the wave of assassinations from 2010 to 2012, he said, “I think it is a signal that the game is afoot, or coming.”

Speaking on condition of anonymity to discuss covert operations, a senior Israeli official involved for years in tracking Mr. Fakhrizadeh for Israel said it would continue to act against the Iranian nuclear program as necessary. Iran’s aspirations to nuclear weapons, promoted by Mr. Fakhrizadeh, posed such a menace that the world should thank Israel, the official insisted.

In Iran, the killing has already elicited new demands to root out such spies, including from the country’s supreme leader, Ayatollah Ali Khamenei.

In his first public response to the killing, Ayatollah Khamenei declared that the first priority was “investigating this crime and definitive punishment of its perpetrators.”

Hard-liners blamed the administration of Iran’s president, Hassan Rouhani — a pragmatist who had bet heavily on negotiations with Washington — for the security failures that allowed the attack.

“The night is long and we are awake,” said Hossein Dehghan, a recently announced candidate in next year’s presidential election who is a senior commander of the Revolutionary Guards and the defense adviser to Ayatollah Khamenei.

“We will come down like thunder on the heads of those responsible for the murder of this martyr and make them regret it,” he continued in a message on Twitter.

Mr. Rouhani, for his part, suggested in a televised speech that Iran would continue what he has called a policy of “strategic patience,” or what his critics call waiting for Mr. Biden.

“We will answer at the right time,” Mr. Rouhani said. “All the enemies should know that the great Iranian people are more courageous and honorable to not respond to this criminal act.”

But within Iranian politics, analysts said, the hard-liners stood to gain the most politically from the attack. Any renewed conflict with Israel bolsters their case against negotiation with its allies in the West, said Sanam Vakil at Chatham House in London.

Since Mr. Biden won the November election, the hard-liners have begun pushing against Mr. Rouhani to defer any negotiations with the new American administration for as long as possible, Ms. Vakil said. Conflict with Washington strengthens their appeal and weakens more pragmatic factions in the Iranian election coming next year.

“So an event like this plays in the hands of the hard-liners,” she said, “because they can push out negotiations until after the Iranian election — and that is what they are gunning for.” 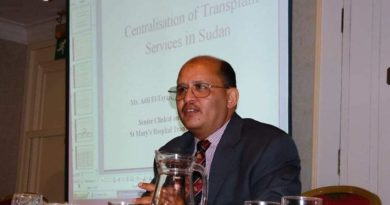 Eight U.K. Doctors Died From Coronavirus. All Were Immigrants. 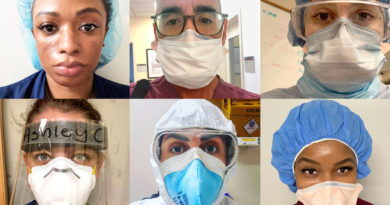 How Doctors Are Treating Covid-19 Patients 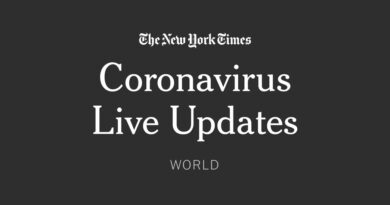